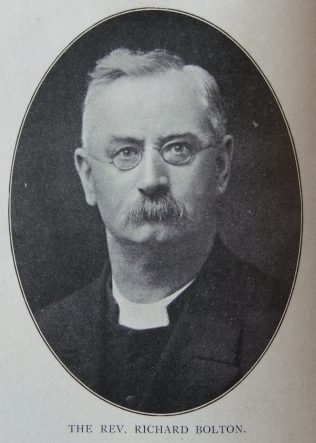 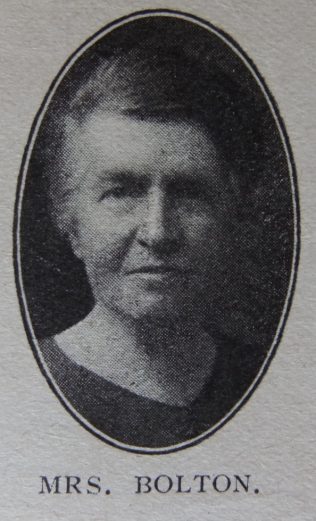 Richard was born on 25 December 1867 at Blackburn, Lancashire, to parents Henry and Mary. Henry was an insurance agent (1891).

Richard started work in the factory at the age of ten, remaining eight years, and shared the educational disabilities common among the workers’ children in Lancashire towns at that time. Later, he worked on the staff of the Blackburn Daily Telegraph.

Richard surrendered himself to Jesus Christ at the age of fourteen, during the ministry of Rev Daniel Neilson. After teaching in Sunday School, at the age of nineteen Richard became a candidate for the plan.

As there was no vacancy in college, after honourable service as a Lay Agent, Richard entered the active ministry in 1893.

His obituary records that Richard was a capable administrator and a faithful pastor in all his circuits.

In 1945, Richard moved to the Isle of Man. During eighteen years in retirement, Richard continued to preach with great acceptance in the churches of the neighbourhood. His long experience and sound judgement made him a valuable member of the Quarterly Meeting. A strong personality, he exerted considerable influence on local affairs. One of his sons (John) was a member of the House of Keys.

Even in his later years he lived a full life – his books, a game of bowls with his friends, and a gracious ministry to all in need – these things made his retirement a time of real joy to him and to those about him.