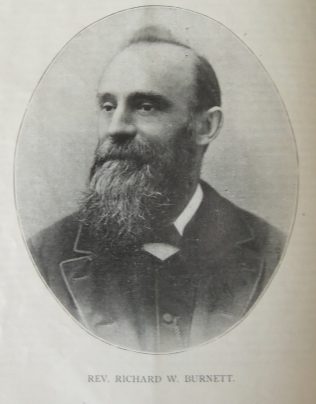 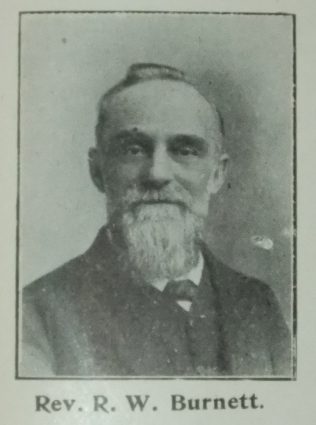 Richard was born on 11 June 1842 at Holbeach St Johns, Lincolnshire, to parents Thomas and Frances. His parents were Wesleyan.

Richard was converted aged about 10. He remained as  a Wesleyan Junior Society class member until the age of 14. At that time, his father had to leave his farm to accommodate a relative of the owner. The family moved to Manchester, where Thomas worked as a butcher.

Richard was speedily apprenticed to a grocery and provision merchant at Ashton under Lyne. His master was a member of the Methodist New Connexion and required Richard to attend the same place of worship as himself and his family. Richard was not happy with this arrangement and asked for freedom of choice in his place of worship. This being granted, Richard joined the PM society at Dukinfield.

Three months later, after good work in the Sunday School, Richard was appointed to accompany a local preacher as the first step towards accreditation.

In Peterborough, Richard was known as the Missionary preacher. His sermons were frequently calculated to inspire missionary zeal; he seldom, if ever, passed a missionary box in in a friends house without giving it a shake to see how it was getting along, and saying an encouraging word to the collector.

Richard sailed to Fernando Po on 25 June 1870 on ‘Pioneer’. On his first trip to Africa, Richard’s wife suffered a fever and had to return to England with the children. Although not authorised to do so, Richard accompanied her at his own expense and then returned to Africa. On subsequent appointments to Africa, Eliza accompanied Richard but the children remained in England.

Whilst at Horsham, Richard was a member of the Horsham School Board. In 1894 he was elected as vice to the General Missionary Secretary.