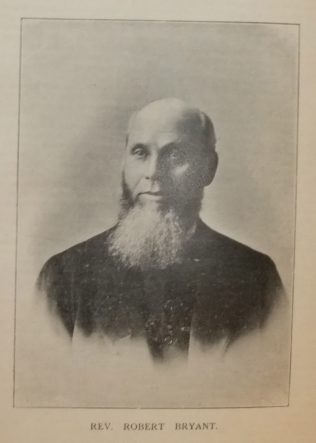 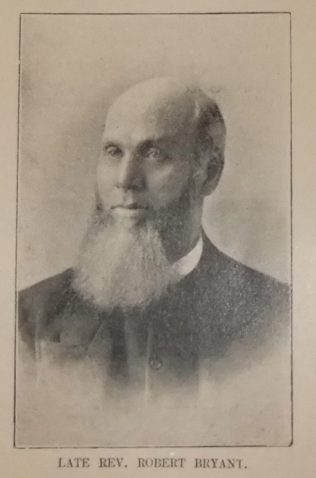 Robert was born on 9 February 1842 at Northwold, Norfolk, to parents Robert and Mary. Robert senior worked the land.

Robert had little by way of educational opportunities and at the age of fourteen began to work as a stonemason. He had a towering physique. He was working as a mason in Sheffield, Yorkshire, at the time of the 1861 census.

Robert was converted at the age of fourteen and united with the Wesleyan Church. He joined the Primitive Methodists at Princess Street when he moved to Sheffield at the age of seventeen. He quickly became a local preacher and entered into the ministry in the Sheffield II circuit. From 1860 to 1864, John attended a local Institute to improve his education and later employed a private tutor.

Robert’s first superintendent was Rev John Wenn and, associated with him, was Rev Charles Lace. These two experienced ministers mentored the new minister, particularly in developing his studies and mental habits.

Robert became a Superintendent himself at Leicester in 1875. His obituary records that he was not a diplomat, and cared little for some of the things which help to smooth the track in difficult times, but he was conscientious, straightforward and upright. In his work as a circuit minister he was highly regarded for both his preaching and his pastoral work

Robert delivered the Hartley Lecture in 1899 entitled, ‘Inspiration and Revelation’. He became Book Steward in 1900.