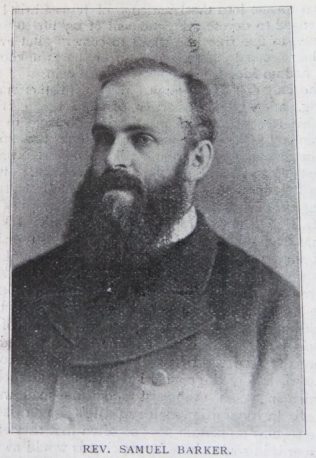 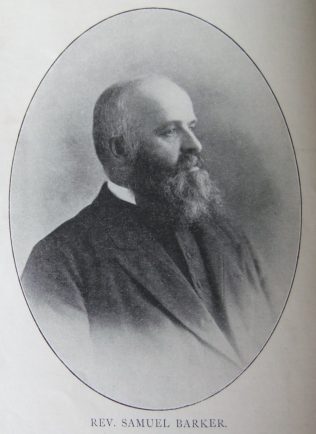 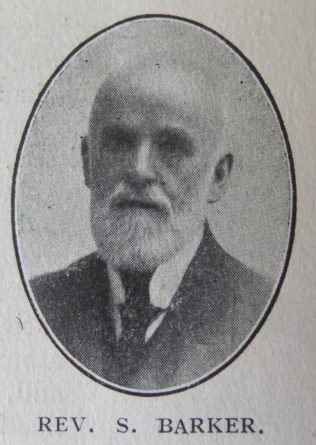 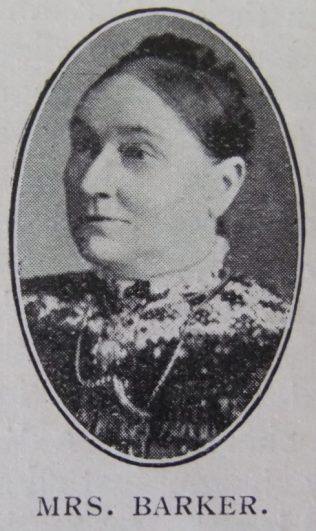 Samuel was born in 1850 at Whittington Moor, Derbyshire to parents Charles and Sarah. Samuel’s family were loyal Primitive Methodists. His father was an active official and local preacher for nearly fifty years and his mother’s membership extended over fifty years. Charles worked as a grocer.

In early manhood, Samuel went into business, and was successful. Having married, his way seemed decided, but officials in the Chesterfield circuit called him into ministry in his home circuit.

Samuel’s pulpit message was practical, and he aimed to strengthen believers, to comfort the distressed, and earnestly to proclaim the evangel of redeeming love. A special feature of his ministry was the discovery and training of young people for Church Service and official life. One outstanding case was to call Rev James Flanagan to the work of the evangel and ministry of the church – see article in 1901 Primitive Methodist Magazine.

Samuel was a keen politician. He was president of the Staveley Liberal Association. He was an ardent Free Churchman; he fought manfully for religious and educational equality and was a Passive Resister.

Samuel married Sarah Hardy (1844-1921) in the summer of 1873 in the Chesterfield Registration District, Derbyshire. Census returns identify one child.