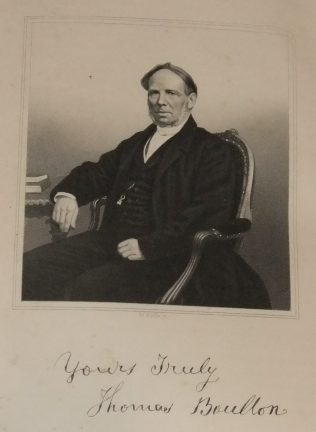 Thomas was born in 1806 at Kempsford, Gloucestershire.

Thomas was peaceable, agreeable and willing at all times to cooperate with his brethren in the work of the ministry; as far as his health allowed he worked and preached with great acceptance. As a preacher he was not calculated to dazzle his audiences by any remarkable flow of eloquence. His discourses were pregnant with rich thought, plain, scriptural and judicious.

Thomas died on 30 July 1881 at Brown Knowl, Cheshire. He is buried in the graveyard attached to the chapel at Brown Knoll.