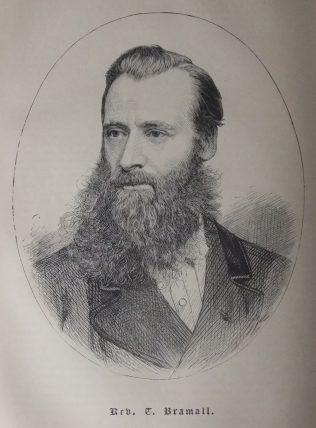 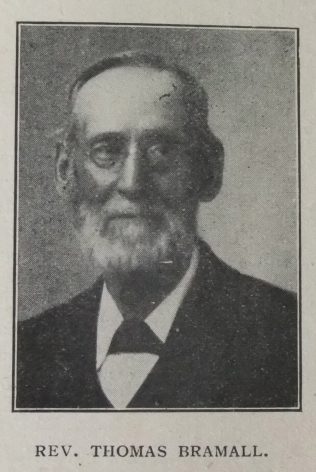 Thomas was born on 12 April 1833 at Woodley, Cheshire to parents Robert and Mary. Robert was a cotton twister.

His parents were Congregationalists, but Thomas was allowed to attend the Primitive Methodist Sunday School. He was 15 when he gave himself to Christ. Thomas said that he was ‘soundly converted to God at the age of 15 years in a Primitive Methodist class meeting’.

Thomas recalled hearing Hugh Bourne preach when he was a child, and after the service Hugh put his hand on young Thomas’ head and bade him ‘be a good boy’.

Thomas went on the plan aged 17, taking his first appointment on 27 October 1850.

In 1851, Thomas was living with his parents, working as a power loom cotton weaver.

Thomas was a Deed Poll member of conference for 12 years.

Thomas died on 28 February 1923 whilst out for a walk near his home in Higher Tranmere. He was buried in Bebington Cemetery, nr Birkenhead.