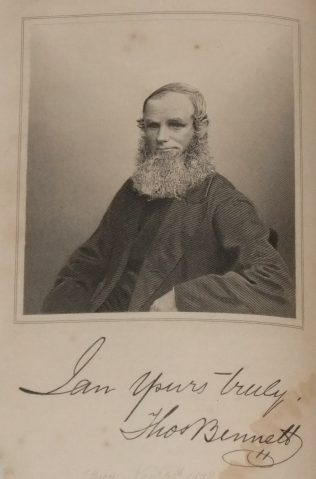 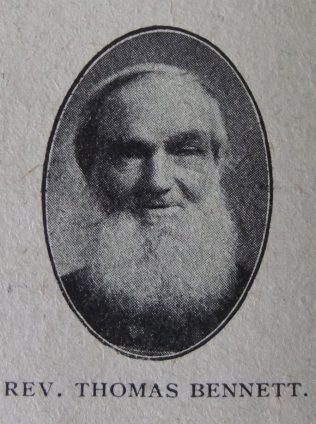 Thomas was born on 5 Nov 1822 at Ashley, Staffordshire to parents Robert and Mary. He was baptised on 10 November 1822 at Ashley.

Thomas was converted when 15 or 16 at a camp meeting where Hugh Bourne was present. At the same meeting, his father was also converted. Thomas soon became an exhorter and then a local preacher.

His obituary records that in all his circuits lasting results were gained; not by any master strokes of genius, for Mr Bennett never laid claim to exceptional ability or outstanding gifts. His power lay in a faculty for multiplied industry. Genial in disposition, self forgetful in service, painstaking in detail, he did a good deal in chapel building and in laying the spiritual and moral foundations of the Church.