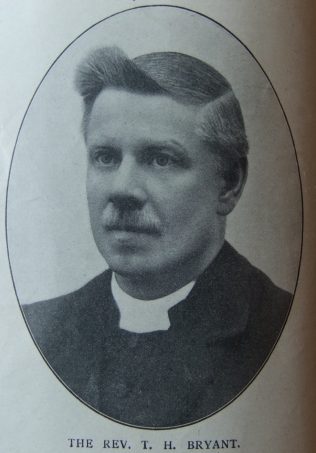 Thomas was born in 1873 at Brynmawr, Breconshire, to parents John and Caroline. Caroline was a half-sister of Rev James Whittock. John was a Sunday School teacher and superintendent. He worked as a coal miner (1881) and later as a carter (1891).

Early in his life the family moved to Midsomer Norton and Thomas became a Christian worker at the age of thirteen in the Wesleyan circuit and grew within the Christian Endeavour movement. He began to preach in his teens and later became a Lay Agent for the Western Valley Mission. Recommended for the ministry, Thomas secured a high place on the Reserved List and was stationed at Andover.

Thomas trained as a shoemaker before entering the ministry.

Thomas served as Christian Endeavour Secretary in the Bristol and South Wales districts.

Whilst at Cardiff, Thomas gave the address in Llandaff Parish Church at the Peace Celebrations in 1918.

His obituary records that Thomas was an able administrator, never slothful in business, a diligent pastor, a wise counsellor and a gracious comforter to his flock. Despite domestic sorrow and tragedy, Thomas kept the faith, and forced those dark bitter experiences to yield up their hidden treasures of light and sweetness.

Thomas married Margaret Hannah Williams (abt 1886-1906) in the summer of 1902 at Newport Monmouthshire. Margaret died as a result of childbirth.