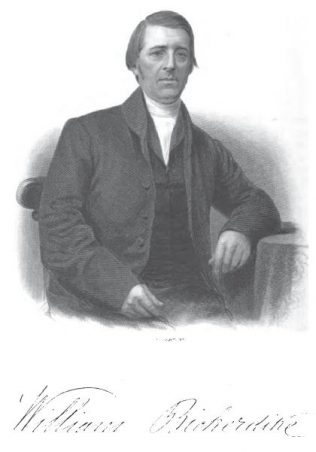 William was born on 5 Dec 1810 at Kippax, Yorkshire. His father was John Bickerdike.

In 1835, on the Lisburn Circuit in Ireland an extensive religious awakening took place, more especially in the neighbourhood of Ballynacoy, through the Divine blessing on the labour of William Bickerdike, a minister of the Primitive Methodists. Such crowds attended the services that no house available could accommodate them, therefore many of the meetings were held in the open air, and scores of persons were converted to God.