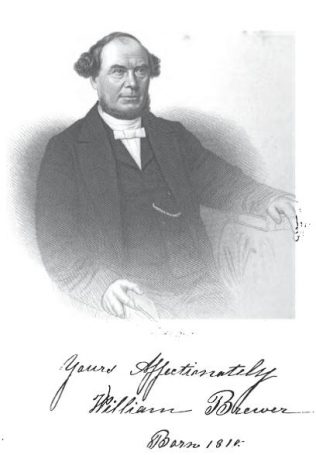 William was born on 5 January 1810 at Seend Cleeve, Wiltshire. He was converted at the age of 15 under the preaching of Mrs Ride. He worked for two years as a hired local preacher in the Motcombe Circuit before becoming an itinerant.

His obituary records that whilst in Aylesbury, membership increased by over 300 and eight chapels were built.

The Andover circuit sent William into the New Forest in the spring of 1843. He was able to develop about ten preaching places. It is reported that some of the most daring poachers were converted to the Lord in that area. Before he left the vicinity the societies had met all his expenses and had nobly assisted in the erection of two chapels.

William took a lively concern in the spiritual welfare of the connexion. He was a thorough believer in the doctrine of a present salvation at every service. He wanted souls converted at every meeting.

J Petty, The History of the Primitive Methodist Connexion, 1880, p444