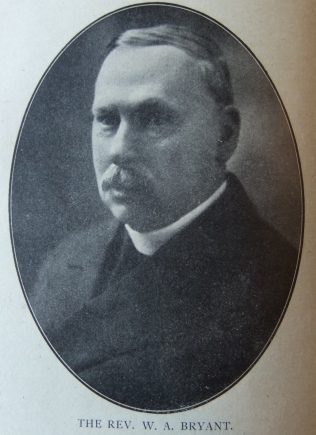 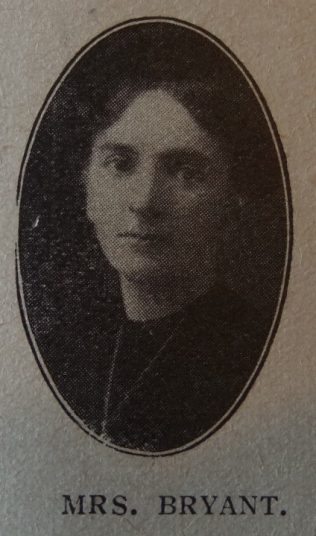 William was born in 1874 at Nottingham, Nottinghamshire, to parents Robert Bryant and Sarah Susannah Thomason. Robert was a PM Minister.

William began his education at the National School at Church Gresley, and at twelve years of age entered Bourne College at Quinton.

William became a local preacher at eighteen, and while engaged in the scholastic profession at Yarmouth and East Bridgeford, began his studies for the ministry.

At Cambourne, William laboured as Honorary Secretary to the Mining Division Relief Committee, which raised and administered some £75,000 to relieve the distress caused by the unfortunate mining situation in the Cambourne area. He also served on the local Board of Guardians and on the Urban District Council.

He served the Devon and Cornwall District as Missionary Secretary and was a member of the Connexional Missionary Committee.

During his retirement in St Ives, William took great interest in local affairs and was at one time a member of St Ives Town Council.

As a preacher of the Gospel, he had unusual pulpit gifts and was always listened to with interest and profit. He was a fearless exponent of the truth as he saw it and an ardent advocate of social reform.

Bryant-WA-Obituary (49 KB Adobe Acrobat document, opens in a new window)
Transcription of Obituary published in the Minutes of the Methodist Conference.