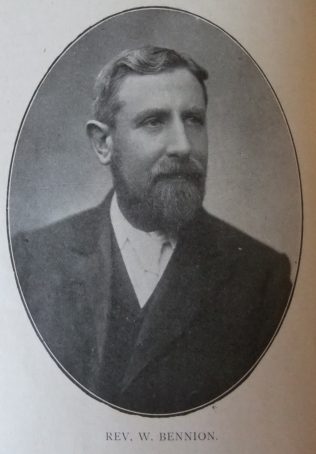 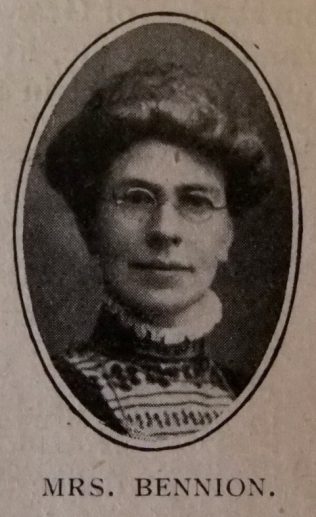 William was born on 20 November 1859 at Shrewsbury, Shropshire to parents James and Jane. James worked as a cow-keeper.

William was converted when aged sixteen. The circuit officials noted his promise and he was soon on full plan. His home circuit recommended him for ministry in 1880.

William had a lofty ideal of the work of the preacher. His sermons were prepared carefully and his delivery of the message was clear, lucid, and forceful.

William held most of the important district secretary-ships. In Conference he acted as sheet-secretary and registrar. In connection with the Mow Cop celebrations of 1910, William discharged the onerous secretarial work of the Public Services Committee.

William was a lover of books and enjoyed walking and cycling.

His obituary records that William was known everywhere as a fair and honourable man.

William married Kate Gwillim (1862-1936) in the summer of 1885 in the Hereford Registration District. She was niece of Rev William Gwillim (1817-1867). Census returns identify three of five children.