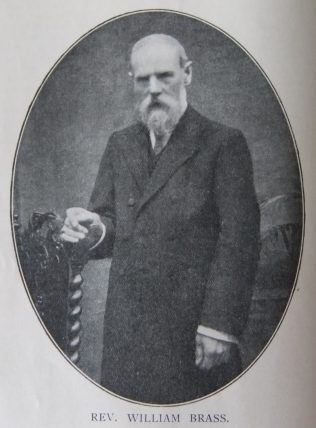 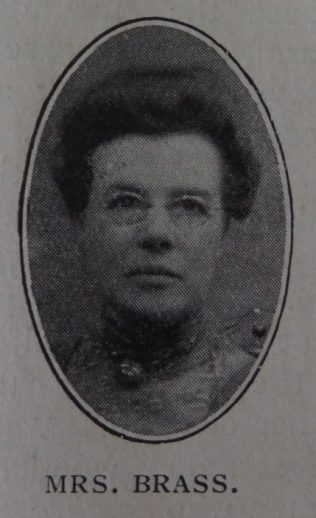 William was born on 28 August 1856 at Bath, Somerset to parents William John Brass and Ellen Blackwell. William, senior, was a boot and shoemaker.

William yielded himself to Jesus Christ in 1868 under the ministry of Rev Samuel Griffith. When he answered the call to ministry in 1877, William was recommended for the Sunderland Institute. There was no vacancy, so he was advised to go to Manchester in preparation for his future work. There he resided with Rev J Macpherson and studied at Owen’s College.

In 1879, William was appointed, under exceptional circumstances, to Altrincham, in the Lymm circuit, the chapel there having become involved in financial difficulties. His labours there were rewarded by arrears of interest being cleared off, the principal debt reduced and the estate placed in a solvent condition.

In his preaching, William has almost entirely followed the expository method, and has avoided the charge of giving to the people in his pulpit ministrations that which has “cost him nothing.”

His obituary records that William was a true Christian gentleman in thought word and deed, possessing lofty qualities of mind and heart which led him to become a diligent pastor, forceful preacher, wise administrator, tactful counsellor, and a true friend.