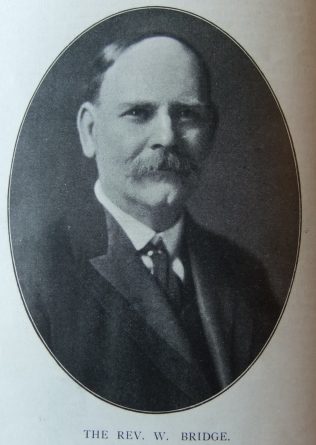 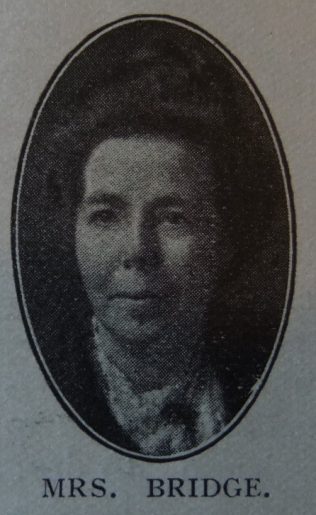 William was born in 1870 at Codnor, Derbyshire, to parents James and Ann. James, a coal miner, was a local preacher for nearly fifty years.

Before entering the ministry, William worked as a hosiery factory operative (1891), although his obituary records that he worked underground as a miner in his early years.

William began to preach at eighteen. His thoughts soon turned towards the ministry and after spending two or three years as a hired local preacher in Bristol and Edinburgh, he was stationed in Edinburgh by the 1895 Conference held at Edinburgh.

In the pulpit, William was earnest, evangelical, persuasive, convincing. His preparation was thorough and his sermons revealed a mind alive to current thought, and to current needs.

William’s obituary records that he had an eager mind and cultivated literary taste, which was exercised and enriched by the regular reading of the best books. From his pen there came occasional articles in the journals and magazines of the Church. He used this gift also in writing verses and hymns, many of which were gracious examples of felicitous expression and poetic insight.

His prayers disclosed a truly devotional spirit, for he knew something not only of the literature of mysticism but also the life and experience of the mystic. He needed much care, and he never lacked it. When in closing years the roles were reversed and he was called upon to comfort and sustain his second wife in her grave and protracted affliction, to behold his devotion was a benediction.

William married Sarah Jane Vallance (b abt1869) in the summer of 1899 at Crich, Derbyshire. Census returns identify two of three children.

Note: I have not been able to identify William’s second wife in the database searches to which I have access.