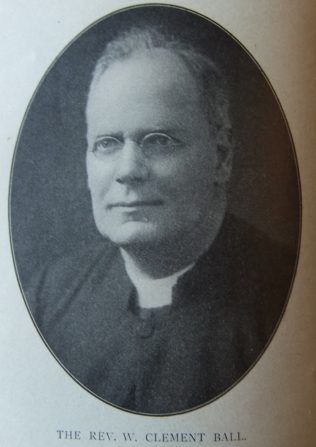 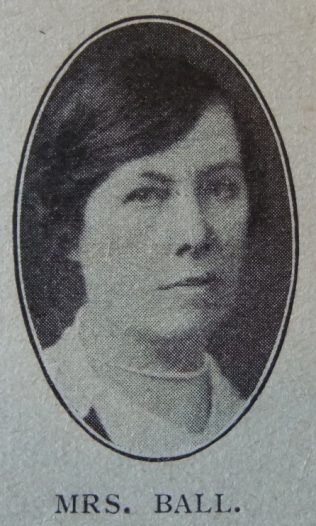 William was born in 1877 at Radstock, Somerset, to parents Enoch Ball and Sarah Vines. Enoch was a PM Minister. Brothers, Edgar and Charles were also in the ministry.

William was born again in a class meeting at Prince’s Avenue Church, Liverpool, at fifteen years of age. As a local preacher on the Monmouth station, he was recommended for ministry and was stationed at St Helen’s Auckland in 1897 as supply for Rev John Laverick.

William’s obituary records that he was an unforgettable character, with a distinctive personality, a Methodist indeed, punctilious in matters of business and courtesy alike. His keen and lively intelligence ranged with delight over a wide variety of subjects.

Two special interests were music and chess. He was a remarkably gifted pianist. But it was preaching which above all claimed his heart. He loved to declare the unsearchable riches of Christ. He never spoke without appreciation of the most halting efforts to which he had the opportunity to listen, and to his brethren he was an unfailing source of encouragement.

William married Margaret Ann Robinson (1873-1952) in the summer of 1902 at Malton, Yorkshire. Margaret was a daughter of Rev William Robinson.