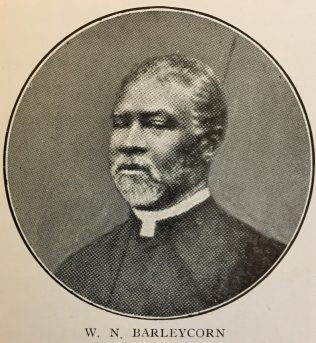 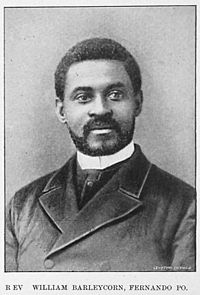 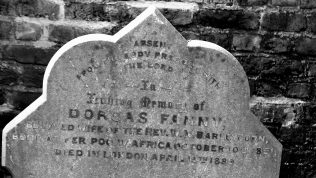 He was born in Fernando Po in 1848, and became the first African Primitive Methodist Minister, ordained in 1881.

His first wife Dorcas (1851-1889) was also born in Fernando Po, but died in London, where she had come for medical treatment, while William was in Barcelona.  They had two children.

An account of her life, which has been researched by Dr Jeremy Crump, is attached below.

Report of his death

‘The island has had a great loss in the death of the Rev W Barleycorn, our oldest African minister. Mr Barleycorn joined our Church in the pioneering days of the Revs R W Burnett and H Rowe. A man of great promise, he soon took a responsible position, and in 1880 entered the ministry on probation. Later, an educational course was taken in Spain, where he qualified as a Spanish school teacher. Throughout his life he served with great devotion and loyalty, spending the last 23 years of his active service at Banni. His memory is fragrant and we give thanks to God for his work and witness, and pray that others ma arise to take up his work.’