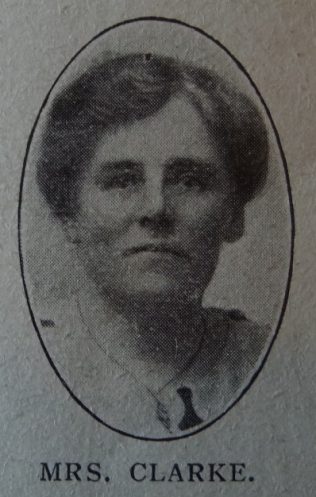 Alfred was born in 1868 at Manea, Cambridgeshire, to parents Sears and Emma. Sears, a farm bailiff (1871), was a local preacher for over fifty years.

Alfred made his great decision whilst still a boy. He worked in the Sunday School before becoming a local preacher. The opportunity for wider service came via the ‘Evangelists’ Home and he was sent to conduct missions in the Midland and Northern counties.

Alfred’s obituary records that he was a diligent, conscientious worker in his circuits, showing himself an earnest and devoted man of God, interested in all the varied activities and responsibilities of circuit life. He was a diligent pastor, a keen student, and a wide reader. His spiritual insight made him an unusually capable expositor of the Scriptures.

Note: Eric and Frederic were registered under the spelling ‘Clark’