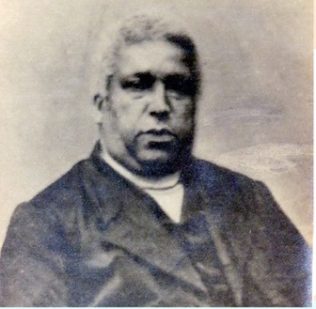 Petty records how the Sunderland and North Shields circuits agreed to send a missionary to the Channel Islands, also called the Norman Isles, and George was chosen. He sailed from Sunderland on 7 May 1832, on the vessel Hebe, arriving in Guernsey on 11 May. He preached several times in Guernsey, sometimes on board the vessel. He then went to Jersey arriving on 16 May 1832.

The attached pdf contains extracts from the journal of George Cosens published in the Primitive Methodist Magazine 1833.

By March 1833 the mission to Guernsey and Jersey had 110 members. But an unhappy circumstance brought the society into disrepute which impeded progress for some time. Some thoughtless, ‘giddy’ young persons had conducted themselves in a very unseemly manner in the preaching room at St Peter Port, Guernsey, and George employed an imprudent expression respecting the behaviour of one of them, for which he was summoned to the royal court, where a heavy fine was inflicted upon him, and the case, greatly exaggerated, was reported in the local press. In Guernsey this was regarded in a most unfavourable light.

Subsequently George and John Nelson were sent to mission Weymouth and surrounding districts. Initially they were successful, but in mid 1834 the pair fell out. This is fully documented in an article by Kendall which can be found on the John Nelson page. John Nelson transferred to the Methodist new Connexion and George left the Primitive Methodists and became a Baptist minister.

George was born abt1805 in Jamaica, West Indies.

He married Mary Burnett on 24 June 1830 at St John, Newcastle upon Tyne, Northumberland.