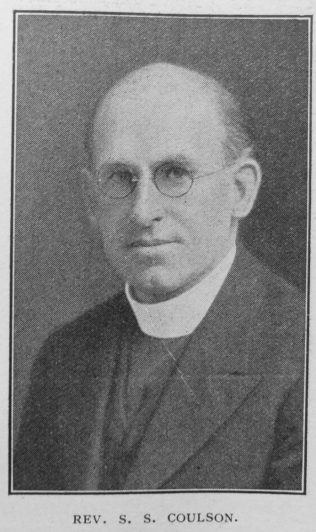 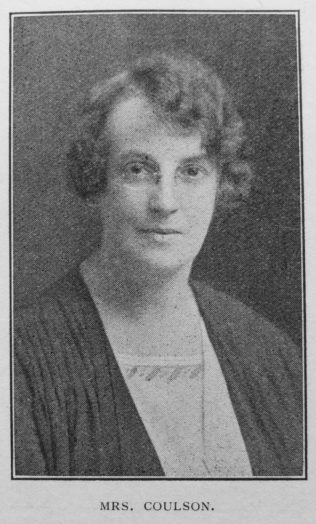 SEPTIMUS STANLEY COULSON: born at Hexham-on-Tyne in 1886. He entered the Primitive Methodist Ministry in 1915 after training at Hartley College. He travelled in country and town circuits, ministering in the London Mission (Canning Town) for eleven years.

He was a man of strong character and independent judgement, diligent in his pastoral work, trusted and loved by the people he served, and a consistent builder of the Church. In spite of war conditions, the society at Lee, where he was serving his seventh year, grew under his shepherding. Although the church premises were so seriously damaged that they could not be used for two and a half years, he kept the members together for worship in an Anglican Church and for week-day fellowships and business meetings in his own home. He led his people in those exacting circumstances to special efforts and sacrificial giving, and they will long remember him and his leadership with gratitude and thanksgiving.

Following an operation, he passed away in the thirty-second year of his ministry, on 26th October 1946, at the age of sixty.

Septimus was born on 10 June 1886 at Hexham, Northumberland to parents James Coulson, a domestic gardener (1911), and Catherine Bell.

Before entering the ministry, Septmus worked as a clerk (1911)