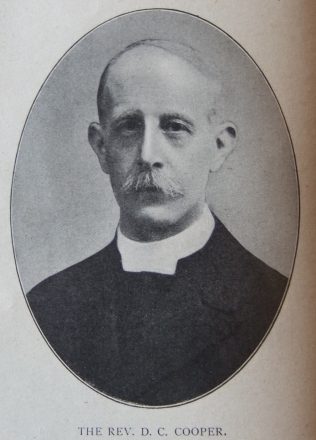 Daniel joined the Church at an early age and was secretary of the Sunday school at fifteen. Soon he came in touch with a band of men who were keen on mission work and training young men to preach, and also to give open-air addresses. With them, Daniel gained his first experience of public speaking. Then a ‘note’ was given to him to accompany his father in preaching services.

Daniel was able to prepare for the ministry in a two years’ course at Hartley College.

A conspicuous district service was that at Darlaston. A subterraneous fire imperilled the old chapel there – a casualty not provided for in the usual form of insurance. By his negotiating skill and persistence £2,000 insurance was obtained, making possible a fine church and school property.

His obituary records that Daniel exercised a gracious ministry in circuits chiefly industrial. He was an eloquent and powerful preacher, a wise administrator, a diligent pastor, a loyal friend. He was a manly, modest minister, who did ordinary work in an excellent way.

Daniel married Annie Waumsley (b1866) in the spring of 1894 at York, Yorkshire. Annie was a daughter of Rev Thomas Waumsley. Census returns identify four children.