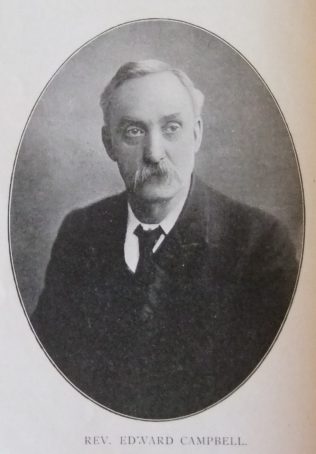 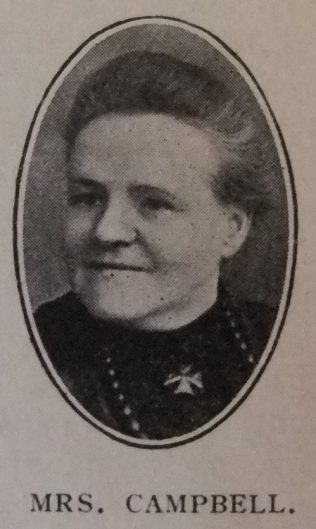 Edward was born 4 March 1860 at Shotley Bridge to parents William and Annie. William worked as a joiner and was a trustee, class leader and Sunday School superintendent for many years. Edward was a brother of Alfred J Campbell.

Edward was baptised on 22 June 1860 at Shotley Bridge. He began to preach when eighteen years old. Three years later he was recommended for ministry.

His obituary records that Edward was a genial soul, a choice friend and a companion of rare value. In his preaching he had the happy gift of lighting up his sermons with apposite illustrations. He was never commonplace. To many people his messages were as a golden gate through which they passed to higher heights of living.