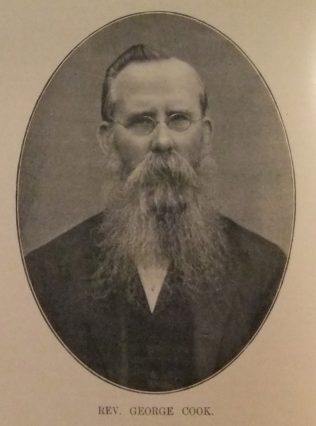 George was born on 9 November 1843 at Spondon, Derbyshire to parents William Henry and Mary. William was a police officer, holding the rank of Sergeant in 1861.

George was converted as a youth during a revival at Clarborough in the Retford circuit. A year later, George moved to Sheffield, and it was there that he was soon recommended for the plan.

George’s obituary records that on all his circuits he was a careful and painstaking superintendent, and one who sought ever to extend and consolidate the Church of Christ. Patient, tactful, courteous, sympathetic, and withal endowed with the saving grace of humour, he experienced from time to time a large measure of prosperity.

As a preacher he possessed rare gifts of speech and style, and while he was deeply evangelical with a flaming passion for the salvation of men, yet his wide reading and keen interest in theology made him ever acceptable to the most thoughtful of his hearers.