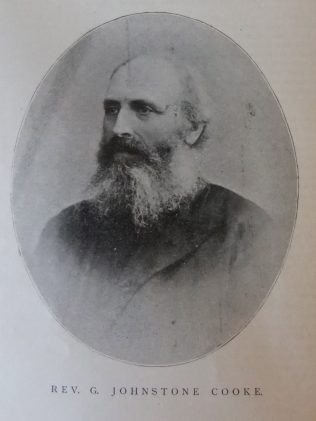 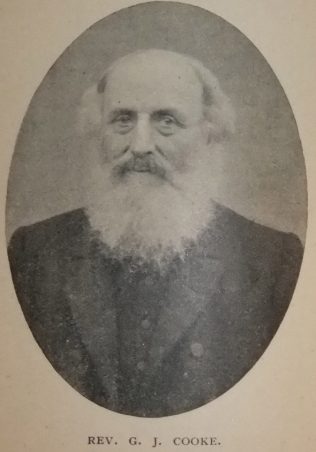 George was born in 1836 at Coaltraim, Co Fermanagh, Ireland. Both his father and grandfather were members and class leaders of the Primitive Wesleyan Connexion (see note below).

George was converted aged 12. He united with his father’s church and became a class leader. Although he felt a call to preach, George initially resisted it. However, when he finally began to preach a revival of religion broke out.

George was proposed for the Primitive Wesleyan ministry but he became acquainted with Bernard Kenney and Isaac Nullis and felt drawn to the Primitive Methodists. In 1861 he worked as a hired local preacher in Glasgow.

George’s chief training was through his first superintendent in London, Rev George Lamb.

For the majority of his ministry George laboured in the old Brinkworth District. His obituary records that he had no ambition for official life.

His aim was not to speak fine things or win admiration, but to utter true, useful, beautiful things to help his hearers in the struggle of daily life.

George was a man of prayer. His piety had freshness and spontaneity. He was full of good cheer and did not allow the trials of the day to obliterate the memory of many days of mercy.