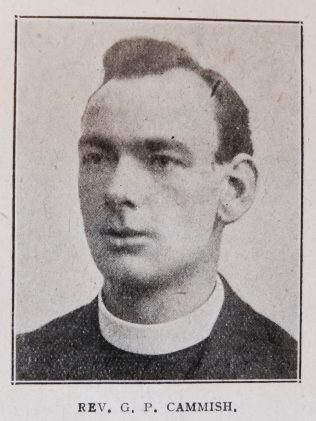 George was born on 8 April 1888 at Filey, Yorkshire, to parents John Pinkney Cammish and Mary Ellen Usher. John was a fisherman and later a fish dealer.

The 1911 census records George working as a fish dealer. The 1939 Register identifies George as a sub-postmaster, tobacconist and confectioner living at Worthing, Sussex.

His wife’s probate record identifies that in 1959 George was a retail tobacconist and confectioner.

George married Cecilia Maud Davies (1894-1959) in the summer of 1918 in the Pontypridd Registration District, Glamorgan.

George’s death was registered in the second quarter of 1974 at Basilden, Essex.