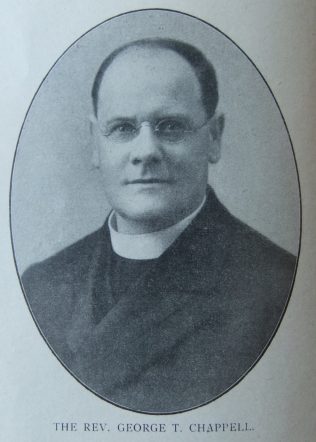 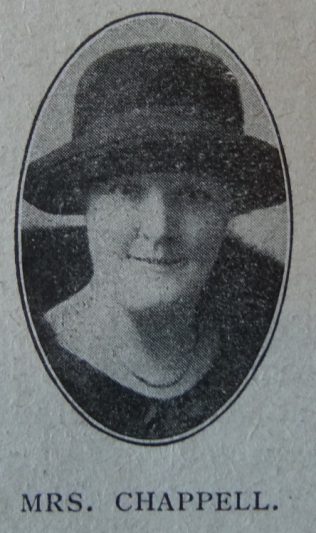 George was born in 1871 at Buxton, Derbyshire, to parents George Chappell and Sarah Hannah Tesh. George was baptised on 7 May 1871 at Buxton. George, senior, worked as a bath chair drawer (1871) and later as a mason’s labourer (1881).

George worked as a merchant’s clerk before entering the ministry.

George served five years as District Missionary Secretary. He also held the position of secretary of the Hull and Grimsby and Lincoln Ministerial Association for many years.

His obituary records that George was a man of sterling character, of unfaltering loyalty and courage. As a preacher he showed unusual devotional power, and as a pastor of deep understanding was beloved by his people, especially by the youth of the Church.