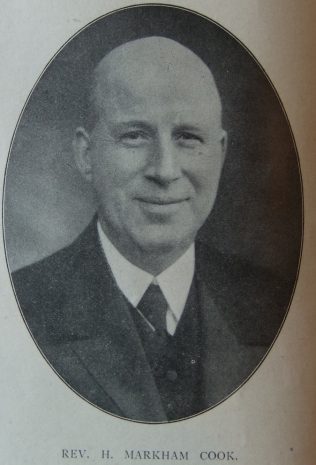 Henry was born in 1874 at Goole, Yorkshire, to parents John and Mary Ann. John was a master mariner.

The 1891 census records that Henry was a board school teacher.

Henry was converted at the age of seventeen and within a year was urged by Rev Nadin Jefferson to prepare for the ministry. Other projects attracted him at the time, including the idea of pursuing a career in medicine and surgery. Eventually the call of evangelism won out and for a time Henry served as a trainer of teachers at the Home for Evangelists. His home circuit recommended Henry for ministry and he entered Hartley College in 1898.

Henry volunteered early for African work and following completion of his probation, during which time he served as President’s Assistant. Henry went to Fernando Po, where he remained for twelve years.

His obituary records that overseas mission work continued to be the passion of his soul, and in all his home ministry ardent mission advocacy was always prominent. After returning to England he served in the North and Midlands, and in all his circuits he left behind the cherished memory of a faithful pastor, and a warm-hearted evangelical preacher, and a friend in times of need.

Henry married Ethel Rathbone (b1884) in the summer of 1913 at Goole, Yorkshire. Ethel attained the L.R.A.M. degree and was an accomplished singer.