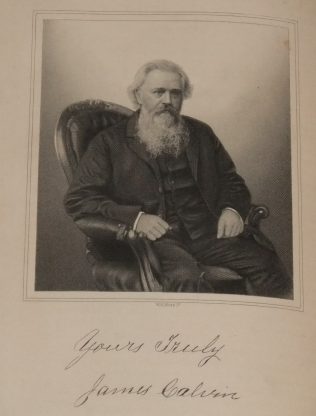 James gave his life to Christ at the age of 19. He united with the Primitive Methodists and soon became a local preacher. He moved to Ireland where he was both a class leader and local preacher before entering the ministry.

His obituary records that he was most diligent in the discharge of his pastoral duties and in his visiting of the sick would sometimes exceed what duty demanded of him – he often watched with afflicted members through the night.

His pulpit ministrations were always marked with earnestness. He attempted no fine-spun theories, but preached repentance towards God and faith in the Lord Jesus Christ.

James had a most pacific disposition. He would suffer wrong rather than quarrel with anyone; and if any matter of dispute arose in the Church, he would do all in his power to settle it.

James died on 21 June 1881 at Barton on Humber, Lincolnshire.