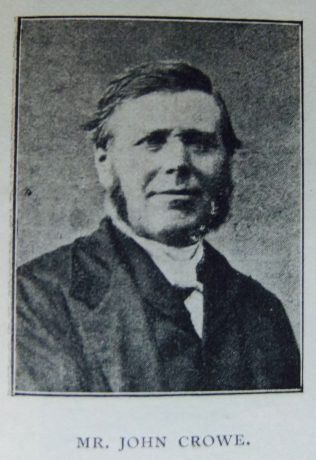 An account of his early ministry in the Ramsgate Circuit is described in the page on Deal, Kent. He also ‘opened’ Sandwich.

John was baptised on 5 September 1819 at Kingsland, Herefordshire. His parents were George, an agricultural labourer, and Ann.

Note: Most records have the surname spelt ‘Crow”