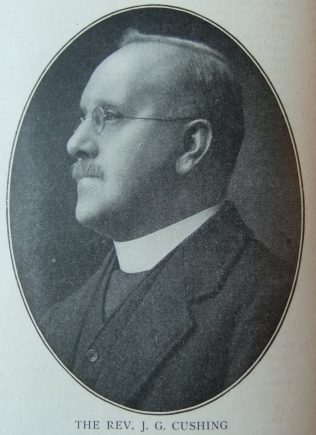 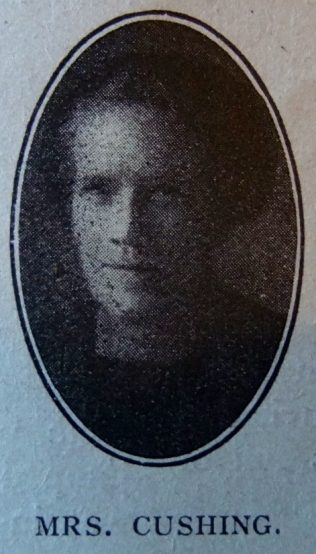 John was born in 1869 at Cardiff, Glamorgan, to parents Matthew Stacey Cushing and Martha. Matthew was a PM Minister.

John trained for a business career, but called by God, he left the desk and consecrated his life to the service of the Church.

At the time of the 1891 census John was working as a Primitive Methodist Evangelist at Sturminster, Dorset.

John’s obituary records that he was faithful and conscientious; aiming at building up the Churches under his care; always willing to undertake any kind of service for the people’s good. He was known and loved for his gracious manner and wise counsel. His radiant joy and large-hearted charity were used to win men to Christ. Patient, tender, and tactful, with characteristic thoroughness he gave himself and all his powers to the work of evangelism. His spiritual gifts were of a high order, and were ever consecrated to the highest ideals.

John married Jane Goodwin in the spring of 1934 at Hertford, Herfordshire.