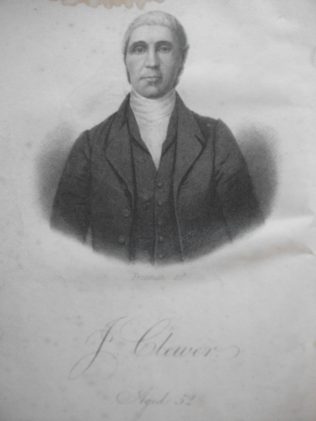 Jonathan was apprenticed to a tailor and on completion of his apprenticeship started in business on his own. He settled in Bedworth and was converted through PM missionaries, including John Garner.

After his marriage Jonathan moved to Darlington where he laboured as a local preacher and rendered able assistance towards establishing the Primitives in Darlington. As a result of this work, he was invited to become an itinerant. He was examined as a candidate for the ministry and undertook a trial sermon at Mill Street Chapel, Hull.

In 1824, a misunderstanding between the Silsden and Keighley circuits caused him to retire from the itineracy. Jonathan moved to Sunderland, where in 1826 he was taken out again. The Sunderland circuit decided to mission Edinburgh. They appointed Thomas Oliver to go. However as Thomas could not sing, Jonathan was appointed to accompany him. They arrived in Edinburgh in April 1826. Jonathan was soon relieved by Nathanial West. Jonathan was pledged again at the 1827 conference.

Whilst at Preston Brook, Jonathan lost one of his sons, drowned whilst bathing in the Mersey. This troubled his mind greatly and he struggled to overcome his grief.

Samuel Smith writes in his obituary. ‘As a husband he was affectionate, as a father kind and provident, as a minister accessible, plain, faithful, and energetic in urging the truth home to the heart. he could bring his hearers to weep at Calvery, and carry them to the mount of glory. He had a good voice and was an excellent singer, and this contributed to attract large congregations at open-air services. His word was attended with power, and he had a considerable share of success in the conversion of sinners.’