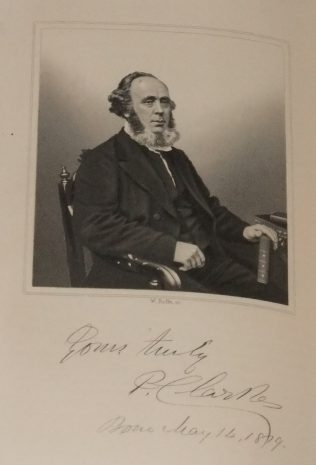 Peter was born on 14 March 1819 at Wallsend, Northumberland to parents Peter and Isabella. He was baptised on 10 October 1819 at St Peter’s, Wallsend. Peter , senior, worked as a pilot and died when Peter was two years old. As a young man he went to work in the coal mine to supplement the family income. When he was 15, the family moved to Backworth, nr North Shields. At the age of 20, Peter was converted at the Benton Square Chapel. He soon became a local preacher.

At the age of 22, Peter was called by the Durham Circuit into the ministry. Peter almost immediately resigned after a rude comment by a chapel official during his first sermon. His mind was changed by a woman who approached him just before the Quarterly Meeting and told him that he had been the instrument of her conversion through that first sermon.

Peter had a commanding presence, a powerful voice, an ardent temperament and Christian zeal. Peter’s obituary records that up to 2000 persons professed to be converted under his preaching.

Peter died on 10 February 1878 at Whitby, Yorkshire and was buried at Jesmond cemetery.