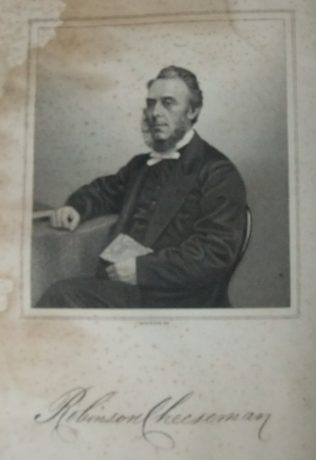 Robinson was born on 19 November 1823 at Tetney, Lincolnshire. He was converted at the age of 12 as a Sunday School scholar.

Robinson was Secretary of Conference in 1875.

In 1879 he became Secretary of the General Committee, a post that he had to resign from due to ill health in 1883. His contribution in that role was duly recognised in an appreciative minute in the 1883 conference proceedings.