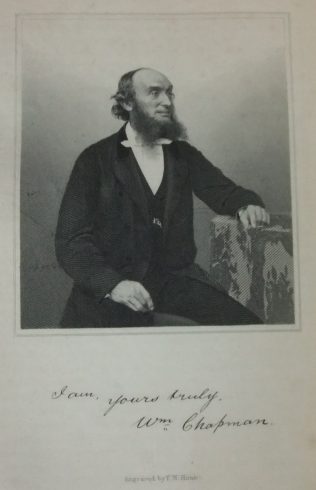 William was born on 5 June 1819 at Salisbury, Wiltshire, to parents Valentine and Mary Ann. He was baptised, along with his older brother James, on 5 June 1820 at St Martin, Salisbury.

There is little information available about William’s ministry. Clearly something significant happened circa 1870 that resulted in him leaving the ministry. He had a large family and many of his children ‘disappear’ after the 1861 census – could family grief have impacted on his faith?

In the 1871 census, William is living at Hempnall, Depwade, Norfolk with his occupation described as hawker. His wife, Frances, is a schoolmistress. The 1881 census finds William working as a coffee stall keeper in Willesden, London. Frances is working as a nurse.

It is likely that William died abt 1887 in London.