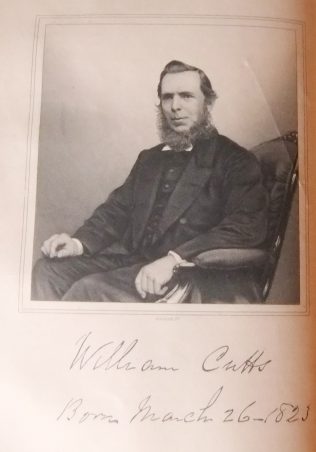 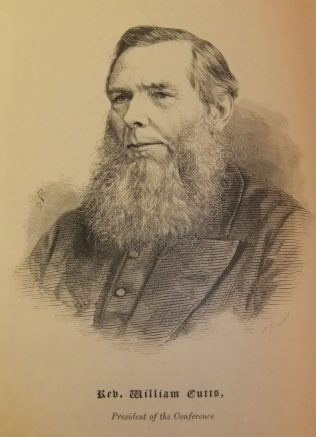 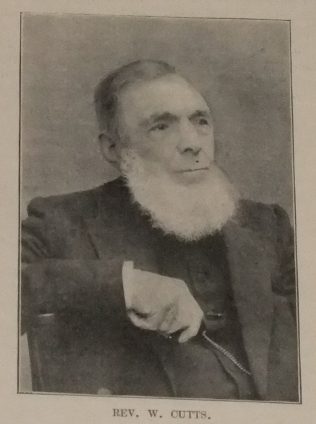 William was born on 26 March 1823 at Kersall, Nottinghamshire to parents William Cutts and Mary Knight. His family moved to Caunton , Nottinghamshire three years later. William was converted during a revival at Caunton in 1840. By September 1840 he was on the plan. He was reluctant to take the next step into full-time ministry, finally responding to a call from his own circuit, Retford, in 1845.

William was Sectretary of Conference in 1876 and President in 1883. He was Missionary Secretary 1878-1883 and later became a Deed Poll member of Conference.

When superannuated, William worked on missionary enterprises in the Sheffield District.

Rev J Travis writes in his obituary; ‘He was a great winner of souls. He had spiritual endowments. The unseen were the real things. God was to him a living God. Prayer to him was the soul’s entry unto the presence of the eternal. He had the gift of intercession and it was increased with the using.’

William-Cutts-obituary (435 KB Adobe Acrobat document, opens in a new window)
Transcription of an obituary published in the Primitive Methodist Magazine 1908