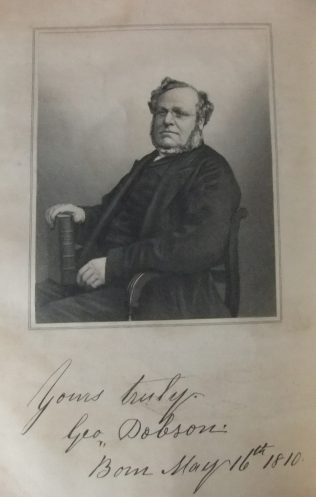 George was religiously impressed by the Christmas singing of 1840 and was converted through the preaching of Miss P Woodhouse in February 1841. He was a local preacher for only a very short time before being pledged by the Burland circuit at the Quarterly Meeting held at Chorley on 14 March 1842.

At the start of his ministry, George laboured for two years and three months in his own circuit during which time he witnessed 139 professed conversions, visited 4,780 families, walked over 6,000 miles and preached 871 times.

After superannuation, George continued in Kingswood as a class leader, preacher and general worker in the church. He was a member of the School Board.