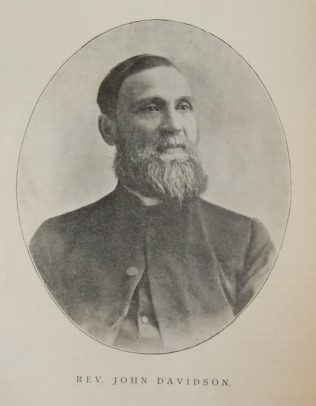 John was born in 1841 at Gartsherrie, Renfrewshire. He joined the Primitive Methodist church at Tollcross in 1858.

Whilst at Glasgow, John built a chapel at Tollcross where he had been converted and from where he had entered the ministry.

As a worker he was quiet and methodical, physically not strong, but his methodical way of going about his work enabled him to do more than some stronger men. He was a good family visitor, and, having suffered himself, he was able to sympathise with the suffering.

His obituary records that in retirement John endeared himself to many friends, and by his pastoral work and helpful preaching he made an enduring name in Peterborough.