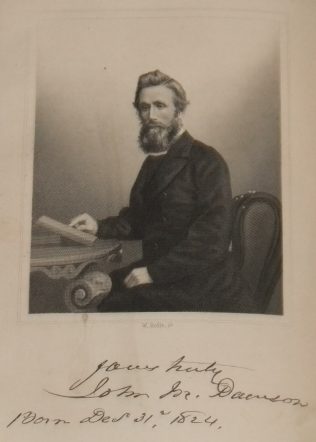 John was born on 31 December 1824 at Cox Lodge, nr Newcastle upon Tyne. Little is known of his early life except that he went to work in a coal mine aged 11.

Leary has not recorded stations between 1863 and 1885. Census returns identify that in 1871 John was at Allendale and in 1881 at Bishop Auckland.

His obituary records that his mind was logical and practical and he had a horror of all shams, and ruthlessly exposed them on all occasions. In his vehemence he sometimes appeared hard and intolerant, but we believe that he acted conscientiously, though sometimes mistakenly.

John took considerable interest in the welfare of the industrial classes, and especially delighted to talk with those who had strong sceptical tendencies; and if he did not always convince them, he impressed them with his sincerity and manliness, and won their esteem.

John married Mary Gibson (b1838) in the summer of 1861 at Newcastle upon Tyne. Census returns identify one child