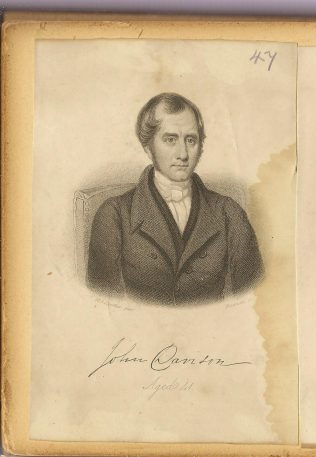 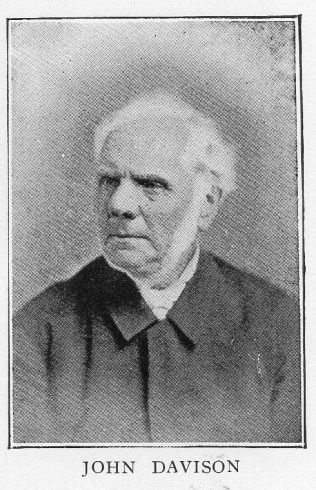 John was born on 23 November 1799 at Tynemouth to parents John Davison and Jane Humble. He was baptised on 20 December 1799 at St John, Newcastle upon Tyne.

John was converted through William Morris, the potter friend of William Clowes. He joined the first society formed in Newcastle upon Tyne.

In the year 1863, John  was appointed by the Canadian Government to the Senate of the University, of which body he remained a member for a period of ten years.

John published the ‘Journal of William Clowes‘ in 1844.

He also authored the ‘ The life of the venerable William Clowes: One of the founders of thePrimitive MethodistConnexion’ , 1854.

Whilst in Canada, John started a magazine called ‘Evangelist’. When that was merged in the ‘Christian Journal’, he became its editor.

John married Charlotte Temperton (1807-1893), the step-daughter of William Clowes, on 11 October 1825 at Sculcoates. They had four children.

John died on 1 March 1884 in Toronto, Canada.  He is buried in Mount Pleasant Cemetery.