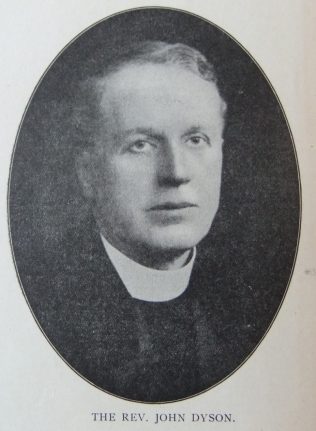 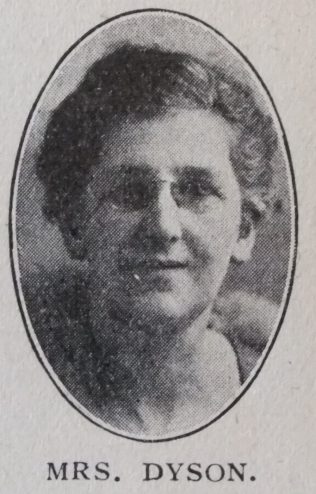 John was born in 1876 at Burnhope, Co Durham, to parents Thomas and Mary Ann. Thomas was a Colliery Deputy (1881).

Deep religious impressions were made on John at the age of fifteen by a Church of England missioner, but it was not until two years later that he definitely decided for Christ during a series of special services held at Burnhope PM Chapel. During the ministry of Rev William Gelley, John received a ‘note’ for the plan when he was eighteen. Initial approaches to prepare for ministry were declined by John. After a further twelve months further pressure was brought to bear and at length he consented.

John started his working life at the coalmine.

Although he wanted to attend Hartley College, Conference sent John straight to circuit work after candidating in 1901. After completing his probation in southern circuits, John spent the remainder of his ministry in the North of England.

His obituary records that John was a faithful minister in every aspect of the Ministry. He read widely and gave to his people the best of his mind and heart in the interpretation of the Gospel. He knew his people intimately in their homes and they felt his warm, Christ-like humanity and genuine goodness of heart. He possessed a quiet humour which made him an attractive companion.

On retirement to Sunderland, John assisted in the work of the Sans Street Mission at Herrington Street in place of a second minister who had been withdrawn. Then he was appointed Free Church Chaplain to the General Hospital where he exercised a truly great pastoral ministry among the patients. He was known throughout Sunderland as a man of perfect sympathetic understanding of the needs of the sick and elderly people. It was whilst commencing a visit at the hospital that John was suddenly taken with an illness and immediately died.