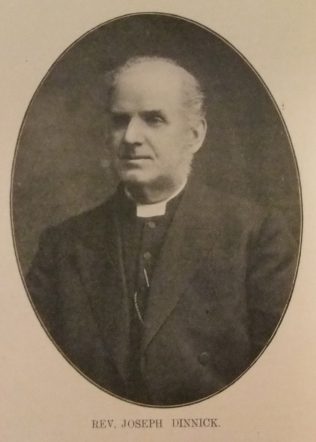 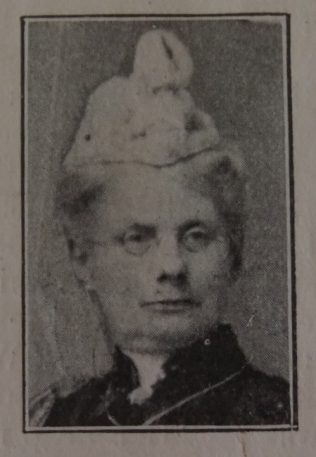 Joseph was born on 31 December 1844 at Devonport, Devon to parents Thomas Dinnick and Mary Dunn. He was the youngest of a family of fourteen.

Joseph received a superior education, with special training in mathematics, mechanics, science and arts. He studied naval architecture. Joseph was converted early and spent a few years with the Wesleyans. Returning to the Primitive Methodists, Dr Samuel Antliff invited him to go to Fernando Po as a missionary, but widowed sisters and a widowed mother compelled him to decline. He became a local preacher on the Plymouth station and was called into the ministry in July 1870.

His obituary records that during the period of forty years of his ministry, Joseph reached a high level of usefulness and power. In some of the circuits difficulties were neither few nor small, yet he generally succeeded in re-establishing the cause and increasing its influence. Like his well-known brothers, Joseph had special gifts of personality and speech. He had a splendid physique, boundless energy, and powers of endurance, which few possess.

Joseph was intensely earnest and extremely diligent, especially in his care for the sick and the poor. Moreover, he was aflame with evangelistic passion. In circuit life he proved himself to be a painstaking administrator.

In his retirement, Joseph made two trips to Canada.