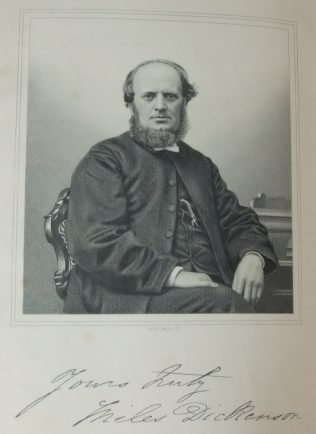 Miles was converted aged about 13. Two or three years later he became an exhorter on the plan and was soon popular as the ‘boy preacher’.

The sudden death of his wife whilst Miles was at Skelmersdale affected him deeply and he was forced to seek early superannuation.

His obituary records that Miles was strongly connected to the Connexion. He loved its doctrines and polity. He had no sympathy with new-fangled notions, or new insights and new doctrines, especially in so far as they were not in harmony with what he believed to be the true Gospel of Christ.