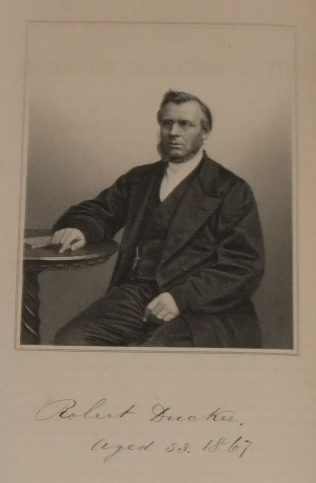 Robert was born abt 1813 at Burnham, Lincolnshire to parents William and Elizabeth. He was baptised on 9 July 1815 at Haxey, Lincolnshire. Robert was the only son in a family of eight children.

Robert was educated at Epworth Grammar School. One of his boyish pranks was to attempt to preach from the tombstone of Samuel Wesley in Epworth Chuchyard.

Robert was converted at the age of 18 through PM missionaries.

His obituary records; ‘His ministry was energetic and practical, and during his early years he had much pioneer work to do. He was quite a favourite with young people, and often impressed them with his personal reminiscences of the early days of the connexion and of its founders.’