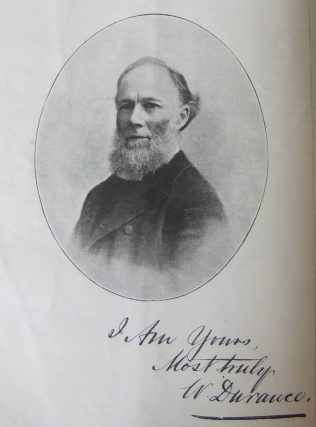 When aged 17, William moved to Leicester and joined the George St Society. It was there he gave himself to the work of God and became, in turn, a prayer leader, class leader and local preacher.

He developed himself to have a working knowledge of biblical Hebrew and Greek.

Many of William’s stations were beset by debt and William worked hard to improve their finances. He always preferred country stations and for the most part worked amid lessening populations, and agricultural and trade depression.

William filled several District Secretarial offices, was a General Committee delegate and on three occasions was elected to attend Conference.

His obituary records that he was a great preacher of the fundamental doctrines of the Bible and an exact expositor of its deepest teaching.

William died on 10 March 1927 at Harpenden, Hertfordshire. He was buried at Bedford.