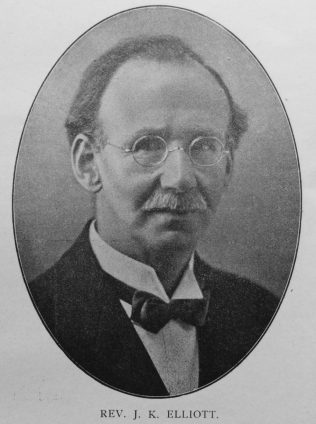 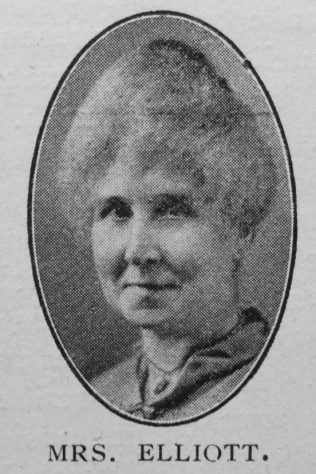 JAMES KEITH ELLIOTT: born in London in 1888. His early religious associations were with the Church of England, but in the Primitive Methodist Church he found his spiritual home and opportunities for service. He was accepted for the ministry and trained at Hartley College.

Quiet strength, efficiency, and devotion characterized his labours everywhere. He knew his people intimately, and they found in times of sorrow and perplexity how wide and deep was his sympathy. He kept an alert mind, and preaching was a solemn duty demanding the best. He aimed to bring young people to Christ. His business qualities were outstanding, and he held various administrative offices. In social witness he was enthusiastic and courageous. In the midst of his labours he suddenly fell asleep on October 16, 1939, in the twenty-seventh year of his ministry.

A transcription of a sketch published in the Primitive Methodist Magazine by John Hodges is attached.

James was born on 27 August 1888 in the City of London, to parents Irwin Armstrong Elliott, a GPO messenger (1891), and Elizabeth. He was baptised on 26 January 1896 at Christ Church, Newgate St., City of London.

He married Eva May Walley (1894-1989)in early 1917 in the Barton upon Irwell Registration District, Lancashire. Birth records identify three children.