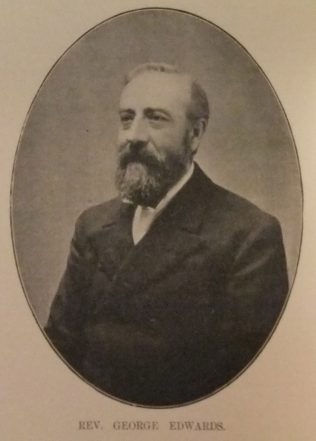 George was born circa 1848 at Stowmarket, Suffolk. He lost his parents when young.

George decided for Christ when eighteen years old. He spent a year at the Sunderland Theological Institute before entering circuit ministry.

As a preacher George was thoughtful and practical. He belonged to the Evangelical School and loved to declare to others the Gospel that saved himself. It is recorded that there was a significant revival during his ministry at Thetford.

George superintended the building of chapels at Barnham (Thetford), Sparkhill (Birmingham) and Kings Hill (Darlaston). It is estimated that he raised some £30,000 for Trust purposes.