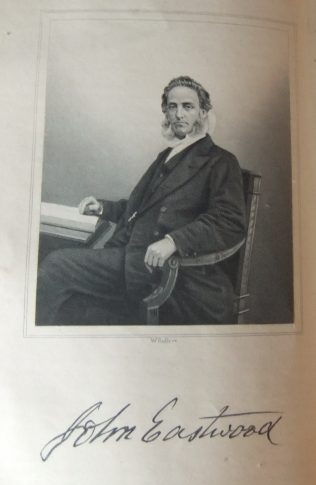 John was born in 1822 near Blackburn, Lancashire. His parents moved to a remote village in Yorkshire when he was a young child. In 1834 Primitive Methodist missionaries visited the village and were allowed to use the family kitchen for preaching purposes. John came into membership on 10 June 1835. At 16 years of age, John moved to a village in the Keighley circuit and for several years was an acceptable local preacher. He entered the ministry in 1845.

Following superannuation John moved to New Brompton to be near his son, but he soon accepted invitations as a superannuated preacher. He spent a year in Bristol followed by 2 years in Northampton.

His obituary records that in the prime of his life John had a fine military bearing. He possessed splendid administration qualities. His peaceful disposition, calm manner and sound judgement were of great service to him as a superintendent and enabled him to manage the affairs of his circuits with credit and success. In his preaching he was faithful to the verities of the Gospel, and presented the great doctrines of Methodism with clearness and force.

John died on 16 January 1898 in Hartlepool, Co Durham and was buried with his wife at Dallington, nr Northampton.