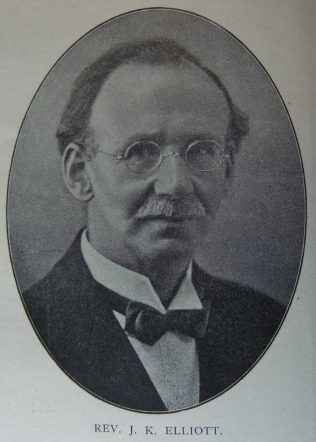 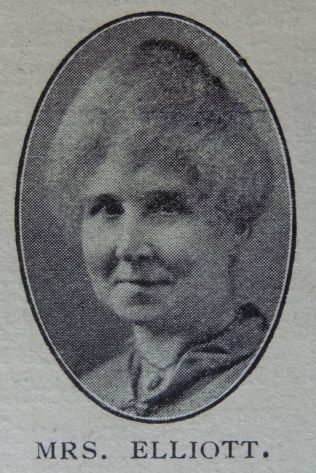 John was born in 1873 at Port St Mary, Isle of Man, to parents William Elliott and Elizabeth Anderson. John, the youngest of nine children, was baptised on 6 April 1873 at Kirk Rushen, Isle of Man. William, a mariner, died when John was two years old.

John was converted at the age of seventeen at the old Lime Street Chapel during a revival and a year later was called to preach. The 1891 census describes John as a teacher in a board school. The following year, John entered the Rev Joseph Odell’s Training Home, Birmingham. Evangelism became his passion, and for six years he successfully conducted Evangelistic missions, and served as a hired local preacher on the Stockport I and Oldham III circuits. John entered Hartley College in 1899.

In 1942, when the minister at Port Erin left to become an Army Chaplain, John gladly acted as supply. Throughout his retirement, it was his delight to fill his diary with preaching appointments and it was literally true that he never had a ‘free’ Sunday, besides  which he fulfilled many week-night appointments. Upright, hatless, with a sprightly step, he strode purposefully to appointments in all the Island circuits, a well-known, well-loved figure. From 1944, John was chaplain to the House of Keys and he thoroughly enjoyed listening to legislative business and discussing matters of the moment with politicians.

His obituary records that he was always an evangelist, conducting missions in his active ministry and pleading for decisions for Christ to the last.

The 1928 sketch identifies anther daughter was born after the 1911 census.