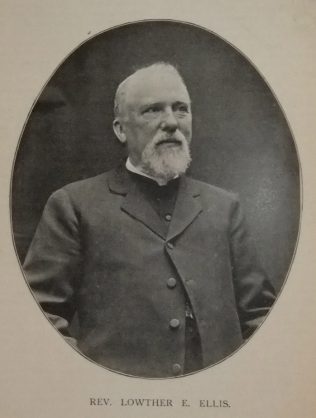 Lowther was born on 10 December 1839 at Leeds, Yorkshire. His father James was a shoemaker.

The family moved to Pickering when Lowther was young. He was converted aged 16 under a sermon preached by Rev Richard Tanfield. He soon became a Sunday School Teacher, missionary collector and then a local preacher.

Lowther worked as a tailor’s assistant before becoming a minister.

The qualities of his ministry were solid rather than showy. He was essentially a circuit minister; plodding, conscientious, meeting difficulties with a cheerful spirit that was certain of victory, giving the wealth of his brain and the emotions of his heart to his own people.

Early in his ministry, Lowther published a small volume of poetry.