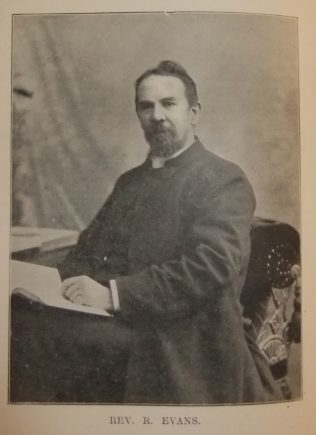 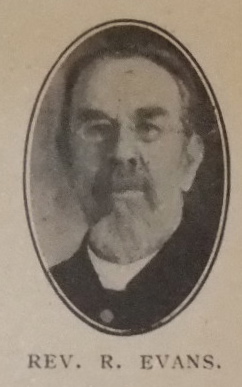 Richard was born in 1841 at Bryngwyn, Radnorshire to parents Thomas and Louisa. Thomas was a tailor. His parents attended the Congregational Church.

Through the influence of friends, Richard was induced to attend the services of the Primitive Methodists and in 1860 he became a member of the Kington society in the Presteigne circuit. Following conversion, Richard’s zeal, fervour and prayerfulness led the Quarterley Meeting to request he accompany the Minister and local preachers to their appointments. His progress in preaching, and marked usefulness led to a recommendation for ministry.

Richard held the offices of District Secretary, District Sunday School Secretary and Secretary of the Orphanage Committee during his ministry. He was also a member of the General Committee.

His obituary records that he served his church acceptably and successfully, being a painstaking and plodding minister of religion. He was a diligent pastor, ever welcome in the homes of the people who loved and trusted him. He believed ministers should know their people in their homes.