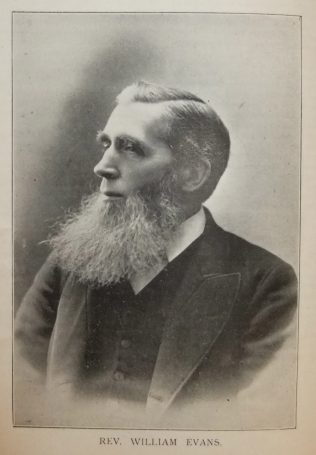 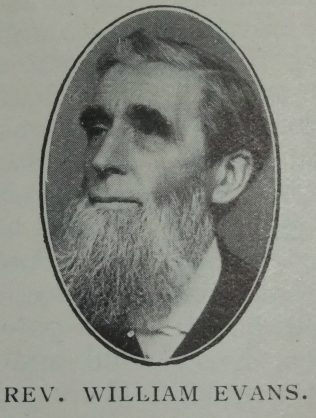 William was born on 19 May 1840 at Shrewsbury to parents William and Mary. William senior was a shoemaker. Both parents were Primitive Methodists. The family moved to Knighton and it was there when aged 19 that William surrendered his life to Jesus Christ at a camp meeting.

The 1861 census shows William at Knighton, Radnorshire working as a general clerk for a solicitor. His widowed mother was working as a boot-binder.

William’s obituary records that William held District offices and was ever loyal to his Church, but supremely he was a consistent, plodding, winsome and successful circuit minister. The great note of his circuit life and ministry was spiritual aggressiveness.

The basis of his character was sincerity, genuineness, and a definite and abiding experience of the serving grace of his Lord.

William married Hannah Brown (b abt 1843) in the spring of 1869 at Wem, Shropshire. Census returns identify four children.